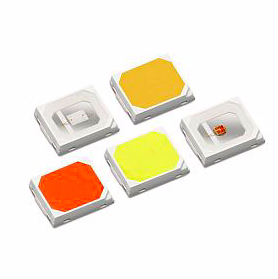 In addition to the color choices and the high photosynthetic flux, Lumileds says that the small size SunPlus LEDs of just 2.8 x 3.5 mm helps maximize the use of limited space for plant growth. Furthermore, Lumiles says that this yield maximization can be realized in any combination of canopy or vertical farm applications.

The company offers the LEDs off-the-shelf or configured in the Lumileds Matrix Platform for faster time to market of grow lighting fixtures.

The company made the Luxeon SunPlus Purple LEDs with a customized phosphor solution designed to deliver the maximum PPF output in the Royal Blue and Deep Red portions of the spectrum.

“We are seeing great demand for Purple LEDs in vertical farms When the Purple LEDs are combined with Lime, a white color point is achieved, enabling ease of visual inspection and harvest,” said Jennifer Holland, Product Line Director at Lumileds.

Uniquely, the company says that the Luxeon SunPlus 2835 Series LEDs solve an industry challenge by matching polarity across all of the colors in the product range. This is said to simplify the PCB layout and system design.

The emitters are binned at 120 mA (25°C) but can be driven at up to 480 mA for higher lumen output and fewer LEDs per fixture. Lumileds claims that it is the only supplier that bins all its horticultural LEDs by PPF.